This illustration below is intended for informational purposes only and the features depicted herein are not intended to be relied on as a survey, directional map, or legal instrument. Ducks Unlimited disclaims any liability associated with the use or misuse of this information. Please consult state and/or federal wildlife agencies for hunting regulations specific to any public hunting area in your state. 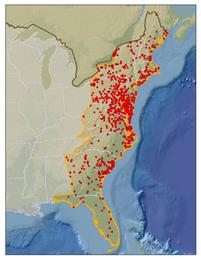 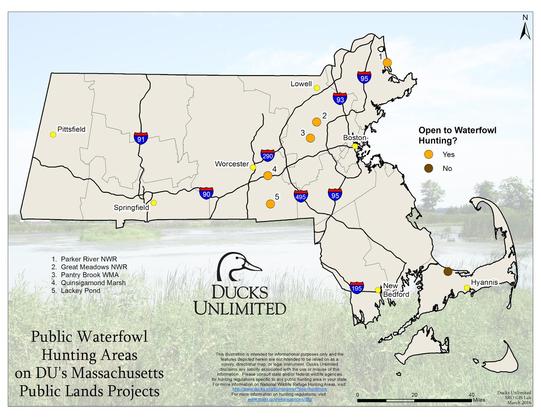 The success of Ducks Unlimited is due to the dedication of thousands of volunteers like you. Your energy and efforts directly affect the future of our precious wetlands and waterfowl populations.

We need your experience, commitment, energy and ideas! Become a Ducks Unlimited volunteer today! The future of our waterfowl depends on you.

conservation.  Since 1937, DU has conserved more than 13 million acres

of waterfowl habitat across North America.  While DU works in all 50 states,

the organization focuses its efforts and resources on the habitats most

Stretching from the Arctic tundra of Baffin Island to the Caribbean, the

The Atlantic is the most densely populated of the four flyways and many waterfowl habitats in this region are threatened by development and urban sprawl.

DU and its partners have conserved almost 500,000 acres of waterfowl habitat in the Atlantic Flyway to date.